This recent development brings out a lot of questions:

– does this mean that Governor Zubiri has now left the LAKAS-CMD-KAMPI party?

– what will happen to his son, Senator Juan Miguel Zubiri? Will the younger Zubiri follow suit and ditch LAKAS CMD?

– what has LAKAS-CMD-KAMPI have to say about this?

if Zubiri will indeed support the Aquino-Roxas tandem and shift allegiance to the Liberal Party…will we now see an end to the seemingly endless Zubiri-Acosta rift? 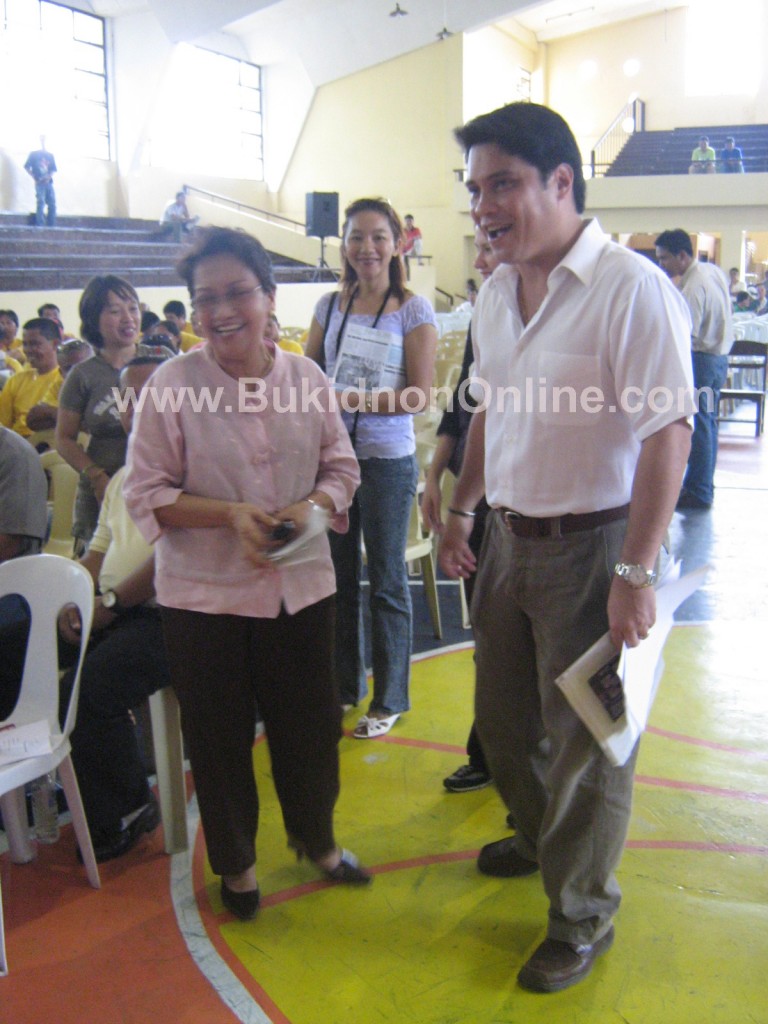 will we see more photos like these in the very near future? former Manolo Fortich mayor Socorro Acosta (mother of Neric Acosta) and Sen. Migs Zubiri (son of Bukidnon governor Jose Zubiri)

What can you say about this development?