BUKIDNON | POLITICS BUKIDNON – After the seemingly long and winding road, the ending is still “back to base” or “back to the mother ship.”

Bukidnon Governor Jose Ma. Zubiri, Jr., who heavily campaigned for President Gloria Arroyo in the previous presidential elections and for Team Unity in the last senatorial elections, recently criticized Arroyo and her LAKAS CMD KAMPI party saying that she failed to extend support to provinces that helped deliver the votes, Bukidnon included.

With his recent announcement that he and his mayors will still be with the LAKAS CMD KAMPI party, however, it’s apparent that all’s well that ends well and that everyone has kissed and made up. 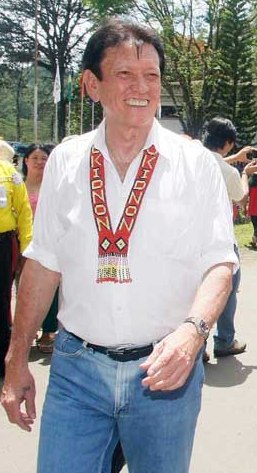 Yesterday, Zubiri led the distribution of party nomination and acceptance forms at a provincial office in Malaybalay City.

“Yes, we remain with Lakas,” he said.

Re-electionist Bukidnon 2nd District Board Member Atty. Jun Beltran also confirmed with Bukidnon Online that they remain to be under the LAKAS party.

Just a few weeks ago, Zubiri was eyeing a transfer to the Liberal Party. However, news of the Acosta family protesting the supposed allegiance shift marred the entrance of Zubiri and his partymates to the LP.

Reportedly, Liberal Party provincial head and former Manolo Fortich Bukidnon mayor Socorro Acosta and her son, LP senatorial bet Neric Acosta questioned Zubiri’s intent to join the party. Sources say that the Acostas even reached the point of threatening to leave the party if the LP leaders allow Zubiri to join them.