To ensure that low-income users of electricity continue to receive discounted rates, Senator TG Guingona today sponsored Senate Bill No. 2846 which seeks to extend the lifeline rate privilege which will expire on June 26, 2011. The same bill has been certified urgent by the President and approved on third reading by the Senate.

“The lifeline rate is for users who cannot afford to pay at full cost, especially when the cost of electricity spirals out of control,” Guingona pointed out.

“When the price of electricity increases, it is the poor who are immediately and adversely affected.” Guingona added. 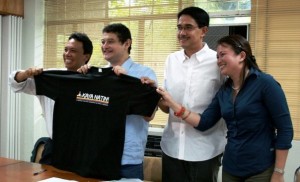 “Extending the lifeline rate will ensure that electricity is not only available but also accessible to the poor,” Guingona stressed.

Under the EPIRA, a “lifeline rate for the marginalized end-users shall be set by the ERC which shall be exempted from the cross-subsidy phase-out.”

For MERALCO users, the lifeline rate has a graduated coverage:

Guingona emphasized that the bill “seeks only to extend the lifeline rate privilege and not to increase the burden to the subsidizing users.” (press release sent to BukidnonOnline.com by the Office of Senator TG Guingona III)

*** Guingona used to be the Bukidnon Second District congressman before he became a senator.