Bukidnon teacher declared one of the outstanding teachers for 2010

BUKIDNON NEWS | PERSONALITIES | CAMPUS – A teacher from the Bukidnon State University (BSU) – Secondary School Lab in Malaybalay City, Bukidnon was declared as one of this year’s most outstanding teachers for 2010.

Metrobank Foundation recently announced the outstanding teachers for 2010 – 8 from public elementary and secondary levels, and 2 from the college level – and one of them was Mercidita Villamayor of BSU-SSL.

Metrobank Foundation President Aniceto Sobrepena was quoted as saying: “The Metrobank Foundation believes that by giving recognition to the outstanding qualities, achievements and contributions of our beloved educators, we promote a sense of pride in and provide inspiration to the teaching profession and to the rest of the society.”

No less than President Benigno Aquino III will give gold medallions to Villamayor and the rest. The awardees will also receive plaques and cash prize of P300,000.00 each.

Pretty good turn of events for Villamayor after her husband, who tried his luck in the most recent local elections, lost in his bid for a seat in the Malaybalay City council. 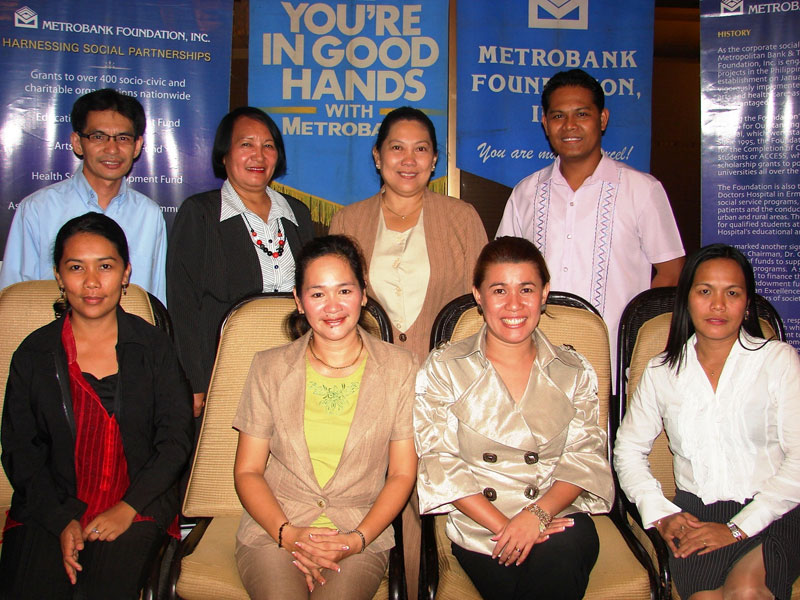 (Villamayor is the third one from the left, standing; photo courtesy of Metrobank Foundation)