Here is the official list of candidates in Bukidnon (provincial level) for the 2019 midterm elections. These candidates officially filed their certificates of candidacy from October 11 to 17, 2018. These Bukidnon candidates for the elections 2019 are part of those who will vie for the more than 18,000 national and local positions which will be up for grabs on May 13, 2019. 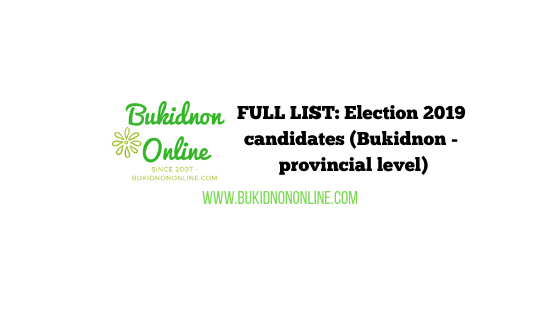 Candidates for Board Member (First District)

Candidates for Board Member (Second District)

READ: VIRAL LETTER from a reader who asks: “What happened to the Bukidnon State University yearbook?”

Candidates for Board Member (Third District)

Candidates for Board Member (Fourth District)