BUKIDNON NEWS | BUKIDNON ELECTION WATCH 2013 – The Commission on Elections (COMELEC) has issued a resolution in relation to the creation of the Bukidnon Fourth District and on the number and allocation of seats for elective public officials.

COMELEC Resolution No. 9539 spells out the new number of seats for elective public officials in relation to the May 2013 elections.

Based on the COMELEC resolution, there will now be 10 seats for the Sangguniang Panlalawigan (Provincial Board). There will be 2 seats for the Bukidnon First District Board Member, 3 seats for the Second, 3 for the Third and only 2 for the newly created Bukidnon Fourth District.

The COMELEC resolution also states that in order to know which district a candidate/candidacy falls under, the area or district where they are registered voters, based on the new districting, will be considered.

There will now also be a need for an additional Bukidnon congressman. Based on the official list of Bukidnon election candidates submitted by the Provincial COMELEC, 3 filed their candidacies for the Bukidnon Second District congressional seat. With the new COMELEC resolution, however, the candidacies of Engr. Wenifredo Agripo (Liberal Party) and Rogelio Neil Roque (Independent) will now be transferred and both are now eligible to vie for the Bukidnon Fourth District congressional seat.

The new cities and municipalities of the 4 Bukidnon districts are as follows: 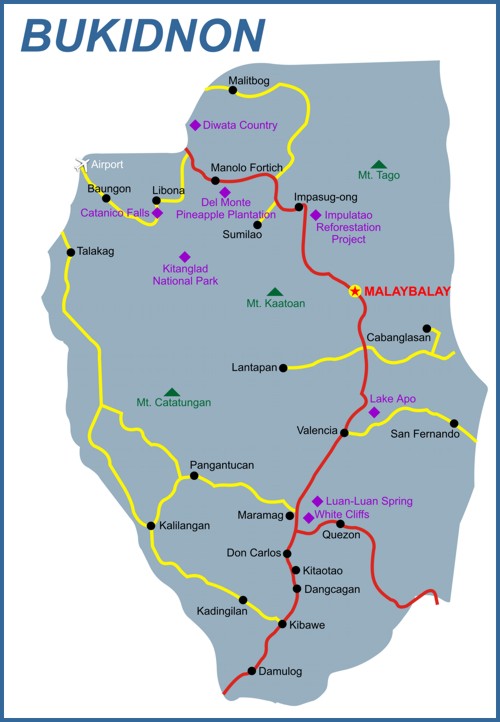