Kaya Natin Movement, launched in July 2008, declared Neric Acosta as one of its “KN Champions” who exhibit “Effective, Ethical and Empowering Leadership.” 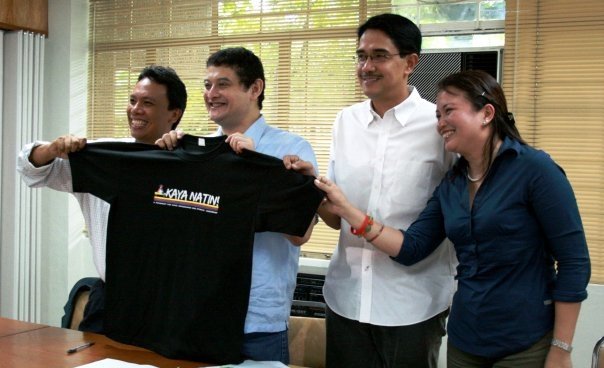 Kaya Natin describes their group as “a movement composed of good Filipinos from different sectors of society that aim to espouse genuine change and ethical leadership in our country.”

“We seek to promote genuine and lasting change in our government by promoting transparency, social accountability, people empowerment and electoral reforms. By upholding these values and principles, it hopes to help make our government and our leaders more responsive to the needs of the Filipino people and enable it to deliver basic services to those who need it most in the most efficient and effective way.”

“We firmly believe that our government officials should be effective and ethical servant leaders who look not only at the outcomes of programs and projects but also at the processes required for them as well as the values and motives behind them. Effective and Ethical leaders are those who fight corruption and frown upon abusive practices of those in power while at the same time training future Filipino leaders to do what is right and just despite opposition. These leaders are those whose stands are reflective of their constituents’ beliefs and who do not stand alone but side by side with other good leaders for support.”

WHAT ARE YOUR THOUGHTS ABOUT THIS DEVELOPMENT?