The following is the full text of Senator Panfilo “Ping” Lacson’s statement at the ANC Leadership Forum held earlier this evening, June 5, 2009. Sen. Ping Lacson reportedly withdrew from the 2010 Presidential elections. Sen. Ping has been identified as one of the presidentiables in next year’s national elections. The following is Senator Ping’s full speech delivered last June 5, 2009 at the ANC Leadership Forum. 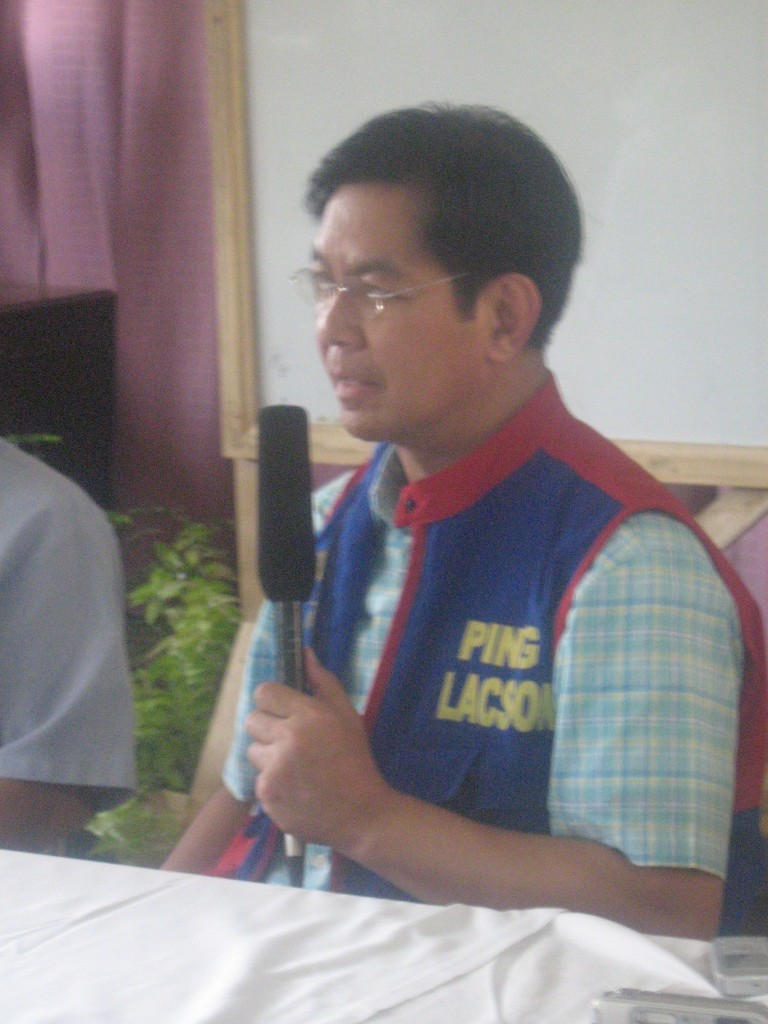 Thank you to Gerry of the Office of Sen. Ping Lacson for this full statement:

Thank you for this invitation to the second ANC Leadership Forum. Up
until I made a decision last Sunday to retire myself from a race that
would matter most in the lives of our beloved countrymen, I had every
intention to share with our people my vision of what the Philippines
ought to be in a Ping Lacson presidency.

My vision is clear as it is simple – the country’s problem is
government, bad government. The solution stares us right in the face
of the problem itself. I believe that we need to discipline 1.5
million members of the civilian and military bureaucracy and imbue
them with the right motivation and a sense of genuine public service.
In short, if we hope to solve the problems of most of the 90 million
Filipinos, we must set government right. This is the only way we can
move forward as a country, and as a people.

But correcting government will not come easy if it does not start with
the leader himself. One cannot discipline if one is unable to
discipline oneself. One cannot preach clean government if one is
himself on the take, or his relatives and cronies are themselves the
thieves. If a president cannot lead by the power of good example, then
governance will always be bad.

My vision for the Philippines is one where basic services are
guaranteed, where health and education and public safety are
prioritized, and no-nonsense government is instituted in all levels of
the polity.

Sadly, what we have today is a feudal set-up foolishly labeled as
democracy, where transactional politics is entrenched both in the
bureaucracy and local government units; and where the poor are deluded
into believing that throwing candies or giving instant noodles or
occasional help in distress is the be-all and end-all of public
service. In the grind for survival, the poor forget all too often
that the occasional goodies they get are mere scraps from the tables
of the immoderately greedy powerful who plunder public coffers, or
abuse power for self-profit.

I have always maintained that if we doggedly and purposively set
government right, the rest will follow. When people respect
government, they pay the correct taxes and follow even the simplest of
traffic rules.
Equal opportunity. Level playing field. To each a fair, fighting chance.
Patas na laban, para sa lahat.

But reaching out to the voters, particularly those in the D and E
income levels, which altogether comprise some four-fifths of the
population, does not come easy. It is most expensive in a political
system which has neither strong institutions nor correct procedures.

The great Charles de Gaulle of France, who put order back in a land
wracked by anarchy, once remarked that “in order to become the master,
the politician poses as the servant”. Like his forebear Nostradamus,
he might have foreseen the Philippine political scene of this
generation.

But I refuse to lie. And I refuse to purvey make-believe storyboards
and saturate the airwaves with fairy tales.

Even if I tried to communicate the truth to our people given the
extremely limited resources that I could raise from well-meaning
friends who have kept the faith, and believe as I do in my central
advocacy of good governance and national discipline, the time has come
to face the reality that the intent to lead in this land in order to
do good, has become an enterprise only for those who have access to
unlimited funds.

I bow to that reality, which is why I have chosen not to participate
any more in this laudable forum of those who seek the presidency of
the land. And I beg your favor that you read this message that
springs from my heart.

To my loyal supporters and those who appreciated the kind of work
ethic and purposive leadership I have demonstrated as a soldier, as
the Chief of the Philippine National Police, and share the advocacies
I have been fighting for as senator of the Republic — beyond
expression of my undying gratitude, I now pledge that I will continue
my relentless battle for good governance; lonely and difficult this
may be. Rest assured that in time, we will all join together to
support a leader who could best deliver our people from the bondage
they now suffer. That leader must have both the competence and
character that are the preconditions to purposive leadership so
imperative in these crossroads of the nation’s life.

And I appeal to the learned and the highly educated in our society to
share their thoughts and help guide the vulnerable 80% of the Filipino
electorate to vote wisely and conscientiously, not for their day to
day personal needs, but for a country that we all love and care for.