Senator Teofisto “TG” Guingona, Chairman of the Senate Committee on Peace, Unification and Reconciliation today urged the head of the GRP-MILF Peace Panel to start the peace dialogue even on an informal basis as long road to peace and development necessitates series of informal and formal discussions.

President Noynoy Aquino in his first State of the Nation Address (SONA) was hopeful that the peace talks would commenced after Ramadan. 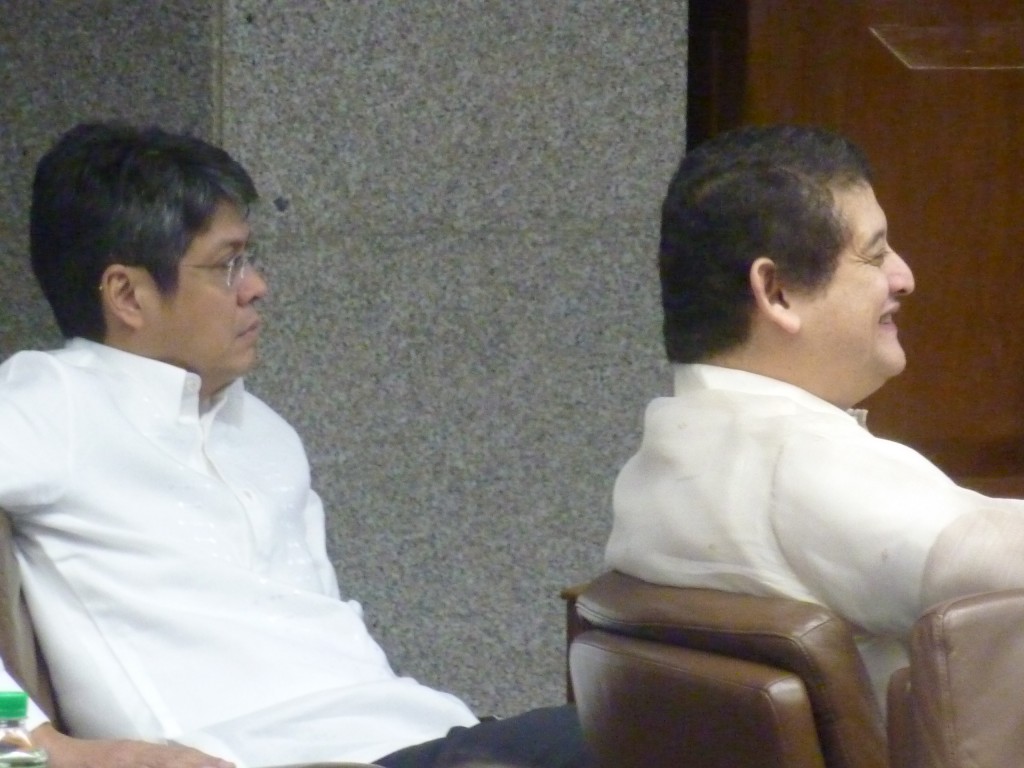 *Sen. Kiko Pangilinan and Sen. TG Guingona in a photo exclusively taken by BukidnonOnline.com over at the Senate

“I call on both parties to start and pursue sincere and open dialogue with all sectors affected by the negotiating process even on an informal basis and even if there is an issue with regard to the facilitator for peace panel,” Guingona stressed.

The present government would like to start anew with the peace process to unload unnecessary baggage’s committed by the Macapagal-Arroyo administration and we hope that once the issue on the facilitator for peace panel is resolved it would compliment both side’s effort to resolve the conflict in Mindanao.

Guingona added that while Mindanao peace process is too vital to be left alone to the formal negotiation between the two fighting forces, even under the watch of foreign facilitators and observers, we must remember that any formal negotiations begins with informal talks and that it must be participatory and mindful of cultural and political sensitivities of all people in Mindanao. (press release from the Office of Senator TG Guingona)