It’s Kadayawan 2013 time! Davao City is our neighboring city and I’m sure a lot of you are heading there for Mindanao’s king of festivals, Kadayawan Festival! So if you’re celebrating the 2013 Kadayawan Festival in Davao City, here are helpful schedules of events around the city to guide you.

The term “Kadayawan” comes from the Mandaya word “Madayaw” which means anything good, valuable, bountiful, beautiful. 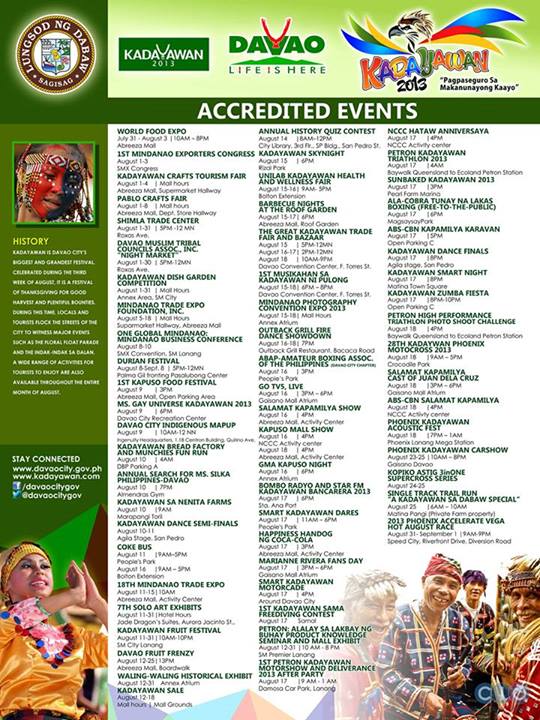 You can also scan the QR code here so you can download the “Davao Life” app via Google Play: