Farmers lauded the effort of the Department of Agrarian Reform in South Bukidnon area for their efforts to reinstall farmer beneficiaries who were forced to vacate the newly-awarded land in Maramag due to harassment.

Oscar Maniego, leader of the of the Task Force Mapalad-assisted Danggawan Landess Farmers Association, said they are happy to reclaim their land which is part of the 820-hectare Ocaya Ranch in Barangay Kuya, Maramag, Bukidnon.

Maniego said that he and his 56 fellow farmers in the group are now hoping that they can continue to develop their land.

“I hope that we can peacefully cultivate our farm now. I hope that the Ocayas and their armed goons will finally realize that we are now the legitimate owners of this land,” he said.

On February 22 this year, after more than 30 years of farmers’ struggle, the DAR installed 249 farmer-beneficiaries as the rightful owners of the 48-hectare portion of the 820-hectare cattle ranch. 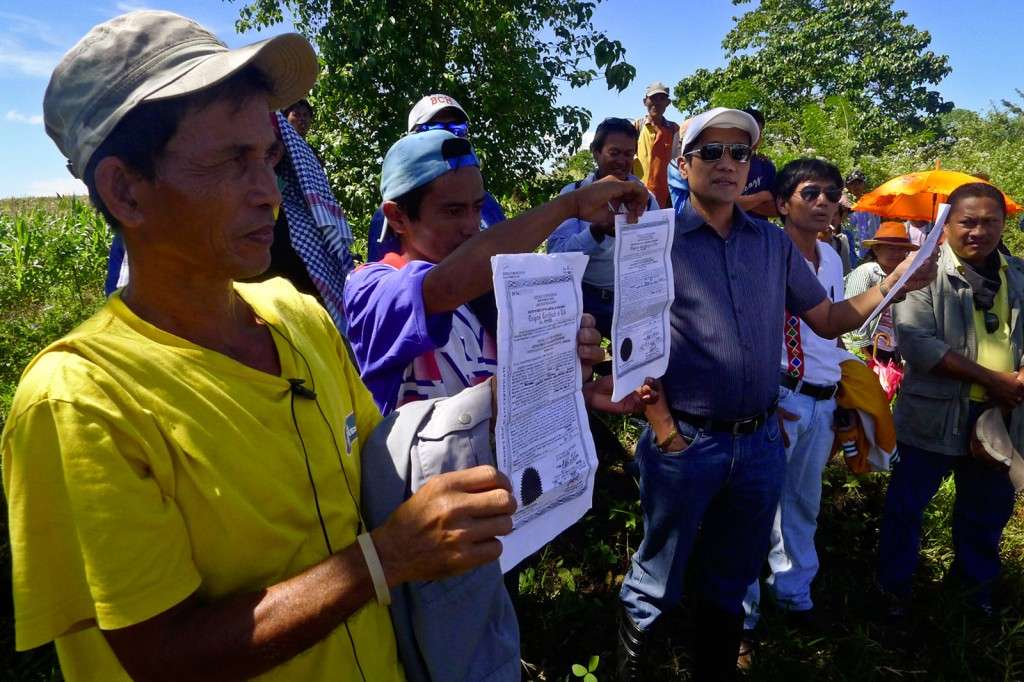 Maniego recalled that they were forced to leave their land because the armed goons harassed them in their three-month occupation of the awarded land. 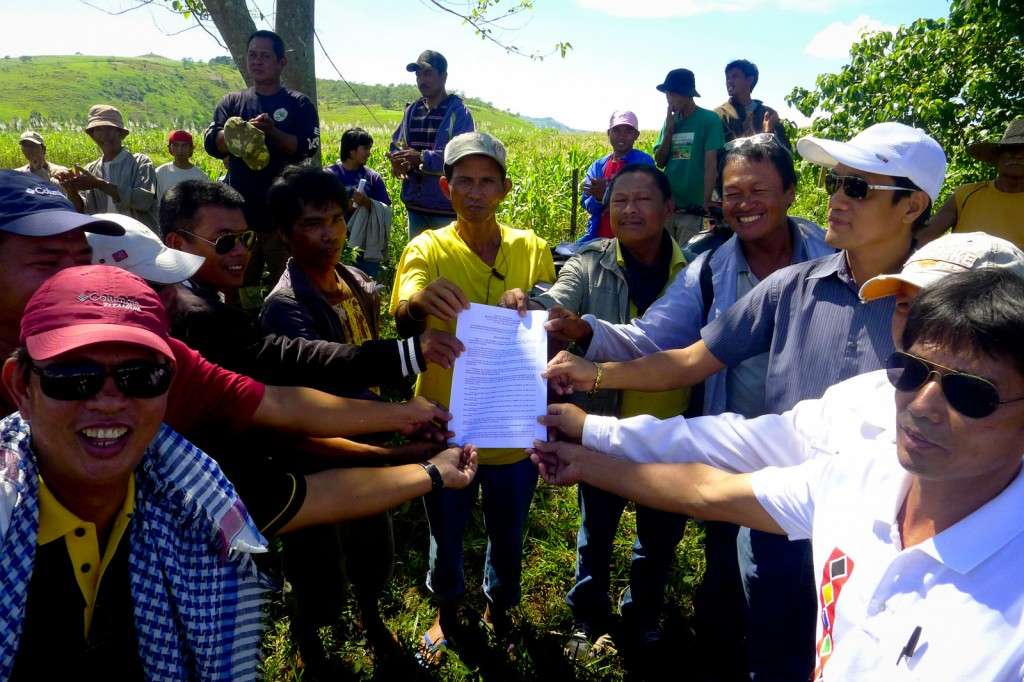 He added that the guards also burned some of their huts.

But after three months, the farmer-beneficiaries left their lands after a series of harassments perpetrated by the goons of the Ocaya Ranch.

On December 2, Provincial Agrarian Reform Officer Norberto Paquingan did not take any chances as he requested the Philippine National Police and Philippine Army to escort them as they reinstall the farmers.

About 20 policemen and 20 soldiers accompanied the farmers, DAR team and members of the media to the cattle ranch for the reinstallation ceremonies.

Paquingan said he is not taking any chances because they have received reports that the Ocayas beefed up their armed guards in preparation for the reinstallation of the farmers.

As the group arrived at the ranch, Paquingan, armed with the reinstallation order, directed the farmers to remove the existing barb wire fence and replace them with their own perimeter fence.

After the reading of the reinstallation order, the farmers immediately started to remove the existing barbwires and entered the ranch carrying rounded timbers to be used as fence’s posts.

A certain Joan Arsueli, who claimed to be a representative of the Ocayas, tried to stop the installation because she said they have already filed an appeal before the DAR Central Office.

She further claimed that she and seven others are the legitimate occupants of the area.

But DAR’s Quick Response Officer Atty. Wenceslao Magallanes advised her to formally raise her issue to the DAR Regional Office or even to the Central Office since the reinstallation order is “administratively final and executory.”

Amide the altercation, the farmers continued to erect posts for fencing and build shanties in their respective areas while the police conducted a foot patrol into the nearby mountain to check on the reported presence of the armed men believed to be goons of the Ocayas.

Until late December 2 afternoon, some farmers have already built their makeshift huts while some continued to build perimeter fence.

Magallanes said at least 10 police personnel and a squad of Army soldiers will provide security to the farmers for one month or more depending on the situation.

The presence of the security forces brought relief to the farmers.

“We greatly appreciate the support of the police and Army and at least now, we can peacefully live here, make the land productive and build our own houses here without any fear,” Maniego added.

Before they were installed, most of the farmers have been staying in nearby Barangay Danggawan while some in Barangay Kuya proper.