BUKIDNON POLITICS – It’s the “secret” that everyone knows. Department of Agriculture (DA) Undersecretary Jesus “Jess” Paras is eyeing a congressional seat in the first district of Bukidnon and this early, he’s making his presence felt.

Looks like incumbent Bukidnon First District Rep. Candido Pancrudo will face quite a competitor come May 2010. That is, if three-term Bukidnon Gov. Jose Ma. Zubiri, Jr. won’t change his mind and opt to run for congressman in next year’s elections instead of running for vice governor as he earlier announced. 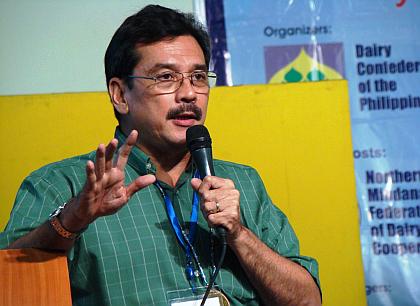 Just recently, Jesus Emmanuel Paras launched his “Paras People’s Program” in the municipality of Talakag via a medical mission. According to reports, thousands of people flocked to the San Isidro National High School.

But who is DA Undersecretary Jess Paras exactly? His CV indicates that he used to be connected to the Philippine Coconut Authority and the National Irrigation Administration. He was also a former president of the Cagayan de Oro Chamber of Commerce and Industry (Oro Chamber).

Except probably for the programs geared towards Bukidnon farmers that his office implemented, I’m not too familiar with the things he has done for Bukidnon, particularly for the residents in the first district.