So the Search for Mr. Bukidnon Provincial Police 2011 has begun. The pageant night will be held on December 17, 2011, 7:00PM at Camp Captain Ramon Onahon, Malaybalay City, Bukidnon.

This Mr. Bukidnon Provincial Police 2011 pageant will hand out prizes for the policeman who looks:

There will also be special awards for (hold your breath): Mr. Photogenic, Mr. Nourskin (we’re guessing this is some brand) and a lot more

So are you ready to meet the contestants for this year’s Search for Mr. Bukidnon Provincial Police 2011? See below! 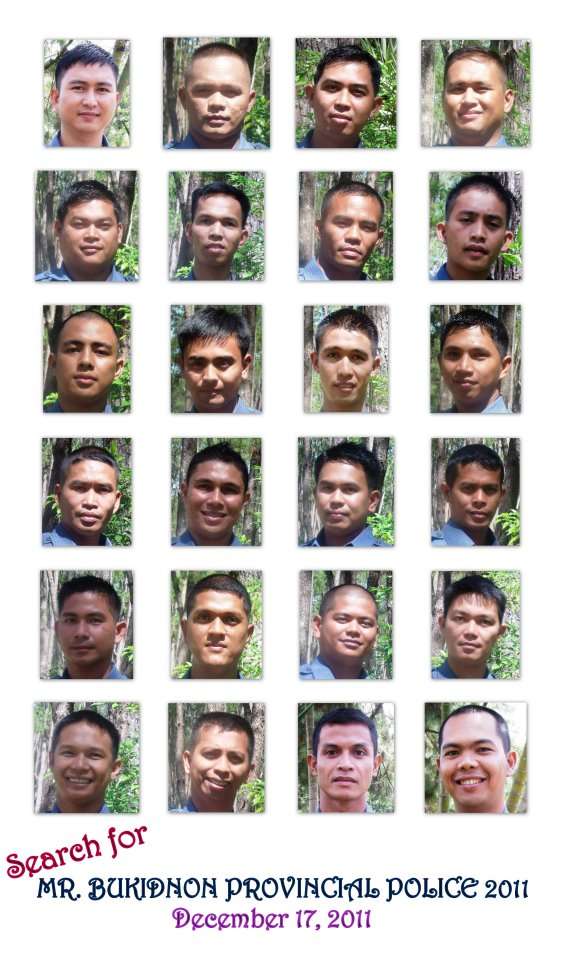 You can also find the individual profiles/photos of the candidates here.