The Department of Education (DepEd) should immediately insure all school buildings in the country’s northeastern seaboard where disasters usually strike.

This call was reiterated by Senator Chiz Escudero, who has been pursuing this plan together with the DepEd and the Government Service Insurance System (GSIS), who will serve as the education department’s insurance underwriter.

Escudero said with the early onset of the rainy season in the country, DepEd should begin putting in place processes and mechanisms to insure its school building properties. 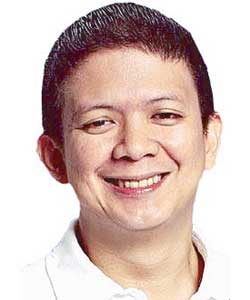 “When disaster ravages the country, one of the first to go down with the mud and water is our school buildings. Classrooms have always bore nature’s brunt. Different perils of disasters either damage or destroy these structures, which are supposed to be the bastion of knowledge for our children,” Escudero explained.

“Insuring these structures is a guarantee that after a direct impact with disaster, damage control, repair or replacement is an outright order. This reduces interruption of lives and thus putting back to normalcy our children’s learning processes,” the senator added.

A series of meetings in the past with the GSIS have identified 25, 890 classrooms, mostly from Regions 5 and 8, as the beneficiaries of the insurance once DepEd put the scheme in place.

The insurance, Escudero said, should cover school buildings against 1) typhoon and flood, 2) fire and lightning, 3) earthquake, fire and shock, 4) extended coverage such as volcanic eruption, tsunami, landslide, riot and civil commotion and aircraft and vehicle impact.

Escudero urged the DepEd, especially the field offices responsible for the regional and local coordination and administration of the department’s mandate, to speed up facilitation of this insurance scheme especially now that weather disturbances are not only concentrated anymore in the usual areas like Eastern Visayas and Bicol. “There should already be a working mechanism that can rapidly respond after disaster strikes. The President has issued a zero-casualty order among agencies concerned with disaster response. This should be part of the menu because zero-casualty is not just body count, zero-casualty should also mean no one suffers from being deprived of the normalcy of life and learning,” Escudero pointed out.

The senator said DepEd could start working on a policy drawn up by the GSIS. He said coverage of the policy can be based on a replacement value estimated to be P300,000 on a no-fault, outright payment clause. (press release sent to BukidnonOnline.com by the Office of Senator Francis “Chiz” Escudero)