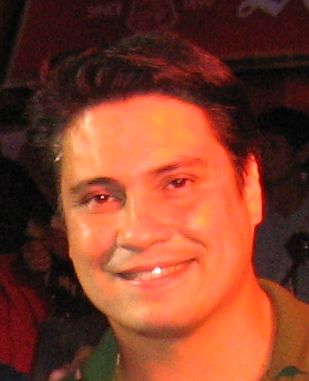 BUKIDNON – Senator Juan Miguel “Migs” Zubiri, Bukidnon’s own, celebrated the big 4-0 yesterday, April 13, 2009. “Being 40 ain’t so bad after all,” he said, after seeing the numerous birthday greetings sent his way.

On a personal note — I have had the privilege to write news and feature articles about Sir Migs for many years now. I have had the chance to see him in action and every single time I see him, he never fails to flash that very warm and friendly smile. Like the last time I was at the Senate of the Philippines (late last year) — it was the very day former Senate President Manny Villar got impeached — I was seated at the gallery and he was busy talking to his staff members and Amay Bisaya. He noticed me and amid throngs of people, he shouted my name! I guess he was just surprised to see a “kababayan” there. And yes, I was glad that he remembered me 🙂

Some more kuwentos about Sir Migs…I remember — I think I was the very first local journalist to break the story about his plans to run for Senator. I was watching “Korina Today” over ANC one night and his name was mentioned as one of the “senatoriables.” I immediately sent Sir Migs an SMS message about it and asked what his reaction was. His reply was that he didn’t know that he was being considered as a “senatoriable” and that I was the very first to inform him. I then wrote an article about the possibility of him running for the Senate (it was the headline story of a local newspaper) and Governor Jose Zubiri, Jr., Sir Migs’ father, who was in Maramag at that time, saw the newspaper and teased me, “My son? A senator? Ikaw talaga”

Two weeks later and after much pondering, Sir Migs called me up, broke the news and told me, “I hope this is headline material…I’m running for Senator! Do you think Bukidnon will support me?”

Yup, Bukidnon’s own three-term congressman STILL had doubts at that time. Which I found humble, really.

But I think the most memorable and the most amazing thing he has done for me was when he agreed to attend the October 2006 debate I organized. It was the debate of all debates, really — the topic was the very controversial proposal of creating a Bukidnon Del Sur province/division of Bukidnon. The debate was between him and then Bukidnon First District Congressman Nereus “Neric” Acosta.

A little background first, though…before I even thought of organizing that debate myself, there were already many instances wherein Sir Migs and Sir Neric would get invited and talk about the issue. Unfortunately, there was never an instance wherein BOTH OF THEM would be at the venue at the same time. It was either Sir Neric would be there but Sir Migs wouldn’t be. Or Sir Migs can attend but Sir Neric can’t. And so I thought it was probably best if I try and see if I could invite both of them and really MAKE SURE that they show up. After about 3 weeks of planning, sending out of invitation letters, explaining to both of them the mechanics of the debate as well as the objectives of the event, making sure that I set both of their schedules right…the debate finally happened at the Bukidnon State University Gymnasium (thank you by the way to BSU President Victor Barroso!) last October 2006. So anyways…there…I think that was truly a great gesture 🙂 I also think that the fact that he and Sir Neric came proved that I gained enough of their trust and confidence…and for any journalist, that was quite a feat, I must say! 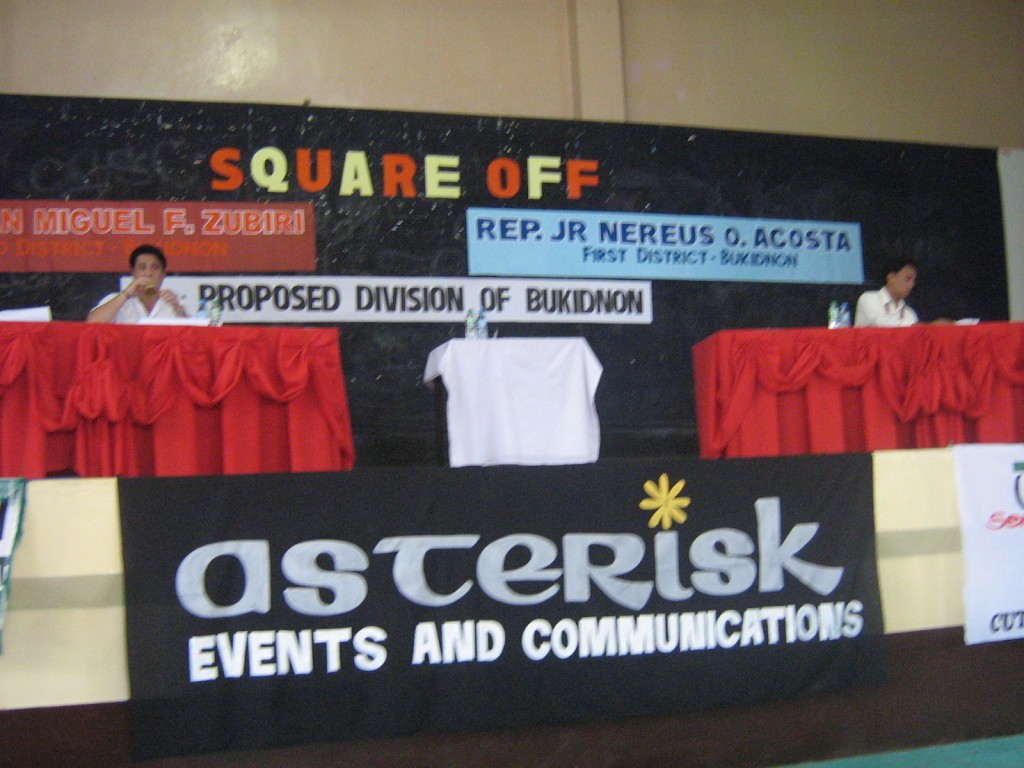 So to you, Sir Migs…happy, happy birthday! May the good Lord continue to bless you with wisdom and good health. Here’s hoping that you can continue helping more people. Cheers!