Tibo, dubbed as the “Dad of Steel of Cagayan de Oro,” is married to the daughter of a well-recognized couple from Malaybalay City, Bukidnon. In fact, several tarps featuring Tibo were hung all over the city during the first few weeks of Tibo’s inclusion in “Kuya’s” house. 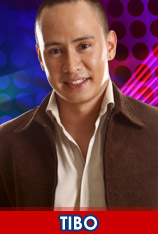 For garnering the fifth place, Tibo Jumalon received P100,000.00 cash prize, a laptop plus their chosen charitable institution will receive the same amount that they won.

Congratulations to Tibo for giving pride not only to CDO but to Bukidnon as well. Well done!