KAAMULAN FESTIVAL 2009, MALAYBALAY CITY, BUKIDNON – “The Jam” band of Lantapan, Bukidnon bagged the top plum during Saturday’s grand finals of the Kaamulan Jam 2009 Lock and Load Battle of the Bands. 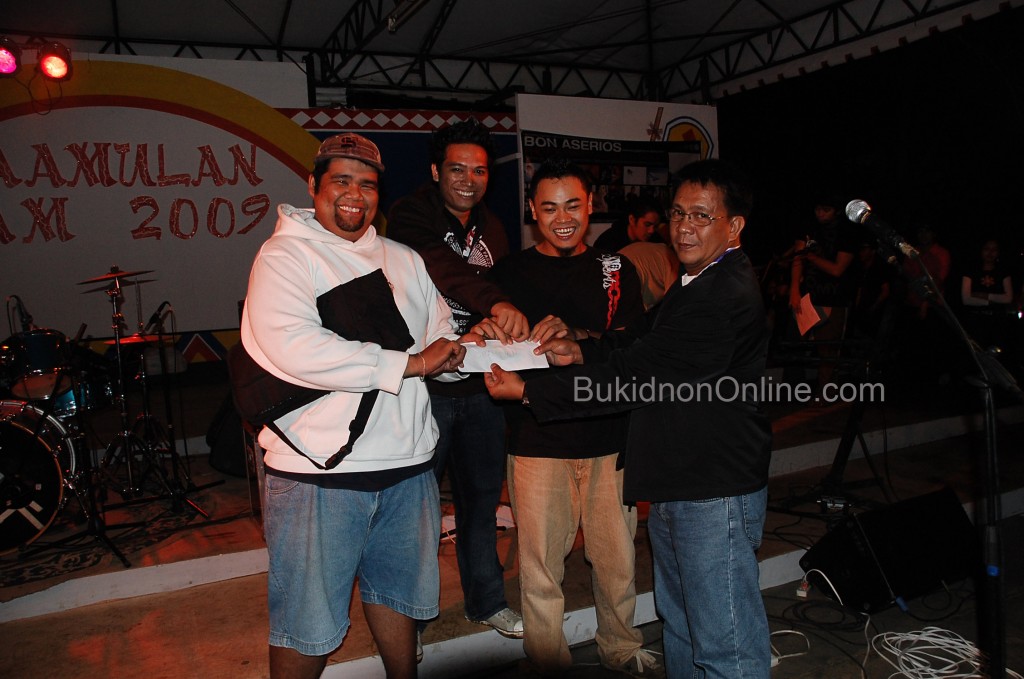 “The Jam” received P25,000.00 in cash and the distinction of being the best band among 43 bands which signed up for this year’s musical event. “The Jam” has been playing in various Born Again churches and in various Born Again crusades. Members of the said band include Rondy Perez (lead guitar and vocals), Edward Jamito (vocals), France Genesis Llamado (bass), Christian Matthew Nulo (drums) and Jennifer Gay Lunsayan (keyboards).

This year’s event is organized by the Malaybalay City Eagles Club and supported by the Kaamulan Festival 2009 coordinating team headed by Ms. May Flor Beltran-Intong.

Event organizer and Kaamulan Jam 2009 lead coordinator considered the event a success. He also expressed his gratitude to all the other volunteers who made the event possible. (BUKIDNON ONLINE NEWS)