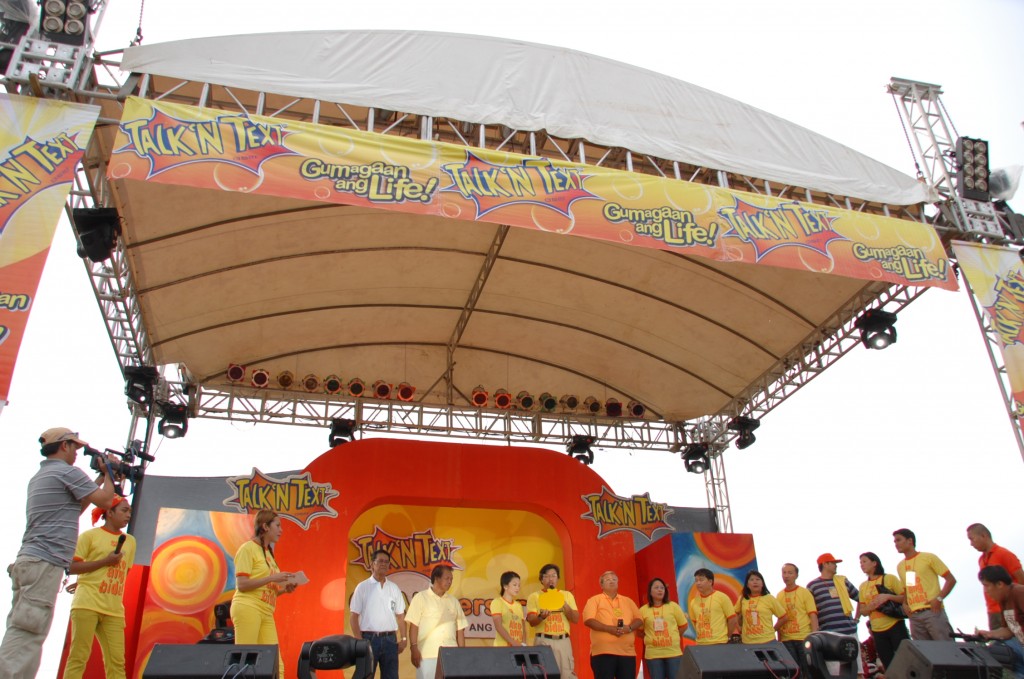 VALENCIA CITY, BUKIDNON – Thousands of people in Valencia City, Bukidnon, were given the royal treatment last Saturday, April 25, 2009 at the Valencia City Oval.

Just check out the photos below as proofs of the loads of people who came and joined in the festivities! 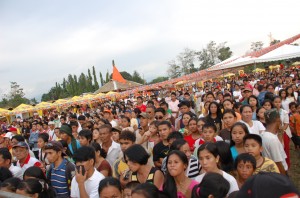 “We are indeed humbled by the show of support and enthusiasm from the people of Valencia. It’s amazing to see that they came and celebrated with us,” said Steve Alcoseba, SMART Head for Sales in the Visayas and Mindanao.

And “bida” were the people of Valencia City indeed!

With fun TV-inspired games such as Load Or No Load, Wheel Ng Bayan, Katipid Sulit Ka Na Ba, Beautipid Sulit and Tipid Sulit Factor, free services such as haircut and massage, the chance to purchase grocery and household items at discounted prices and a dance contest, the entire Valencia City Oval was brimming with merriment that Saturday. Residents of Valencia and neighboring areas also actively participated in all of the games being held onstage, to the delight of the four Manila-based stand-up comedians who served as hosts for the day – Peanut, Choknut, Giggles and Ate Regz.

A motorcade and a “Sunduang Bayan” was then held in the afternoon. Comedian-singer-actress Tuesday Vargas graced the activity. The Gaaniversary activity was then officially launched, with the presence of Valencia City Vice Mayor Dr. Benjamin Verano, who represented City Mayor Leandro Catarata, Tuesday as well as Talk ‘N Text and SMART executives. 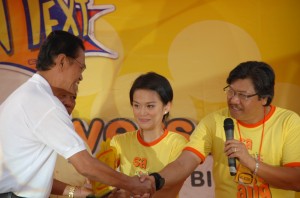 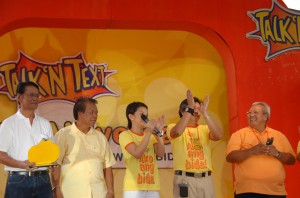 The barangay captain of Poblacion, Valencia City also nabbed the spotlight that day when his barangay was declared the winner of one of Talk ‘N Text’s contests. Barangay Poblacion won a cash prize of P10,000.00 after organizers declared that their barangay had the most number of residents who registered that day.

The day-long Gaaniversary event in Valencia City, Bukidnon was capped by an exciting variety show featuring celebrities Tuesday, Rufa Mae Quinto and Vhong Navarro. The three regaled the residents from Valencia City’s 31 barangays and easily made their way to the hearts of the audience. Several fans even had the chance to get up close and personal with Rufa, Vhong and Tuesday during the “Meet and Greet” portion of the show. The lucky fans were also treated with front-row seats plus three of them received personal items from the three stars. The fans really felt how it was being the “bida” that day because even the celebrities themselves did the camera clicking chores! 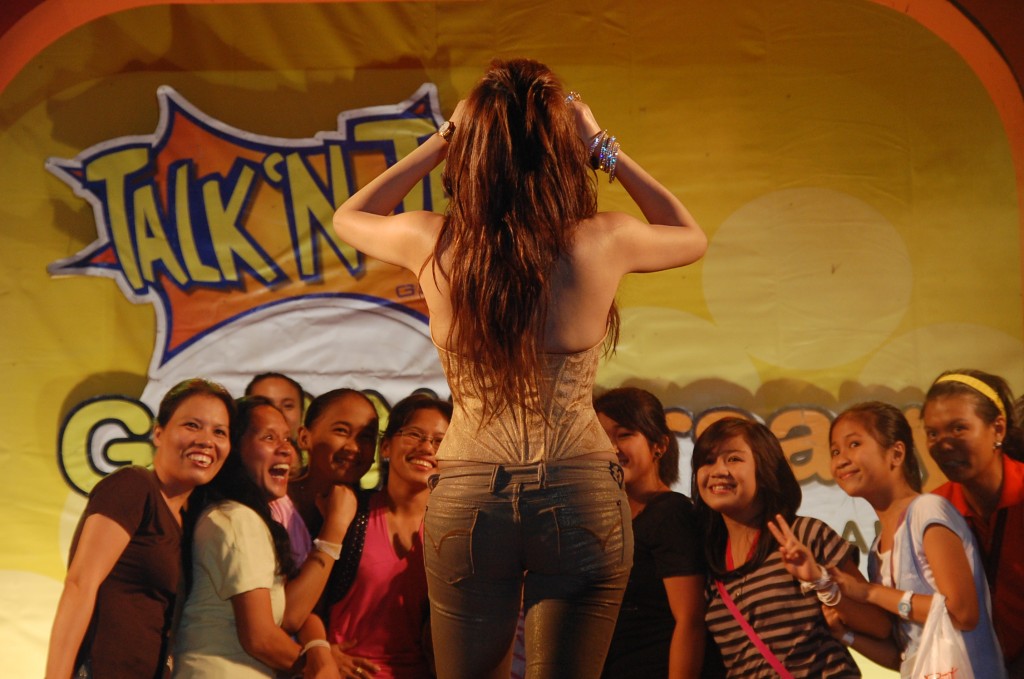 “I didn’t expect them to be so warm and friendly. I really am the ‘bida’ today,” gushed 17-year old Jenny, a student of Central Mindanao University, after Vhong gave her a big hug. She said that she was confident she will be the envy of her friends after they see her picture with “Nicolas,” Vhong’s character in the popular TV series “Betty La Fea.” 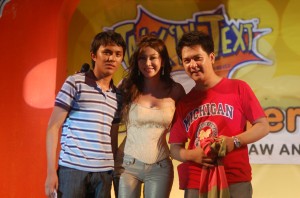 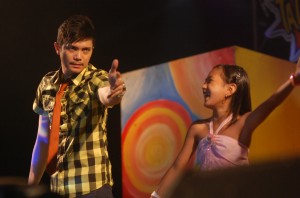 Even 22-year old Maricel of Purok 4 readily said, “I don’t mind saying that with Talk ‘N Text, gumagaan talaga ang life because it really is true! I’ve been a Talk ‘N Text subscriber for 2 years now and I was able to convince my entire family to switch to Talk ‘N Text.” Maricel also shared that she was able to buy a couple of things at the Tipid Booth, where various items were sold for only P9.00 She added that she had fun at the Zorb and at the Wheel ng Bayan areas.

With numerous discounts, fun games, free services and a free show topbilled by today’s hottest stars, Valencia City, Bukidnon was indeed given the royal treatment that Saturday. And all thanks to Talk ‘N Text – where life’s made easier, better and sweeter. (MISA) 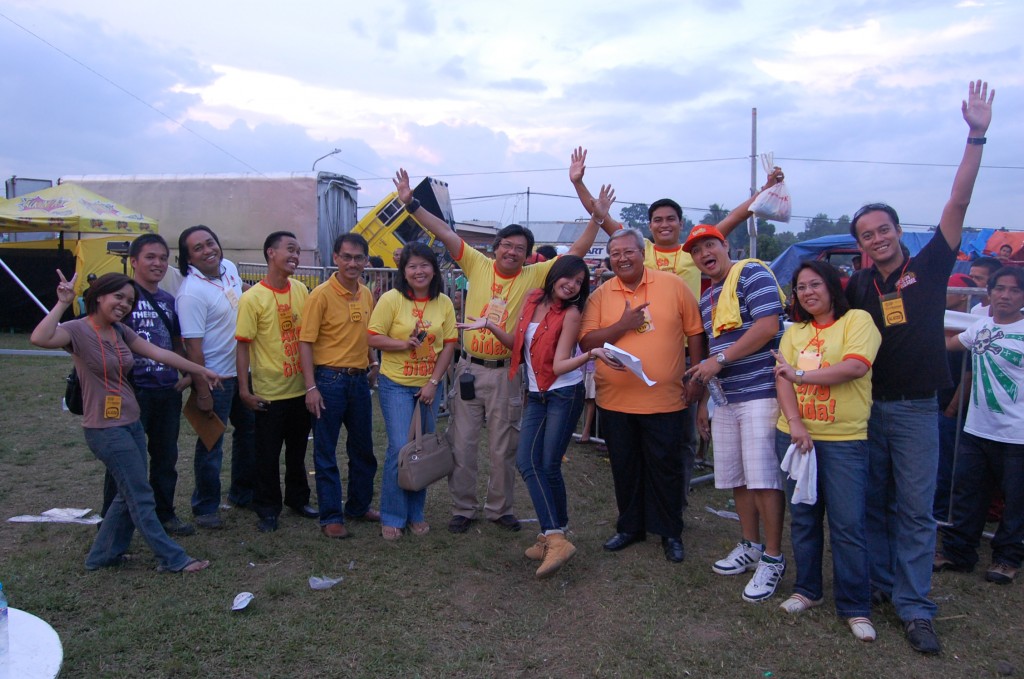 One thought on “Valencia City, Bukidnon gets royal treatment from Talk ‘N Text”