Kibawe, Bukidnon-born Manny Pacquiao will finally pit boxing skills with Antonio Margarito for the vacant World Boxing Council (WBC) superwelterweight championship on November 13, 2010 at the Dallas Cowboys Stadium, the same place where Manny Pacquiao defeated Joshua Clottey last March 13, 2010. The Pacquiao vs Margarito boxing fight will probably be Pacquiao’s most intriguing fight ever while it will probably be the most exciting for Margarito. 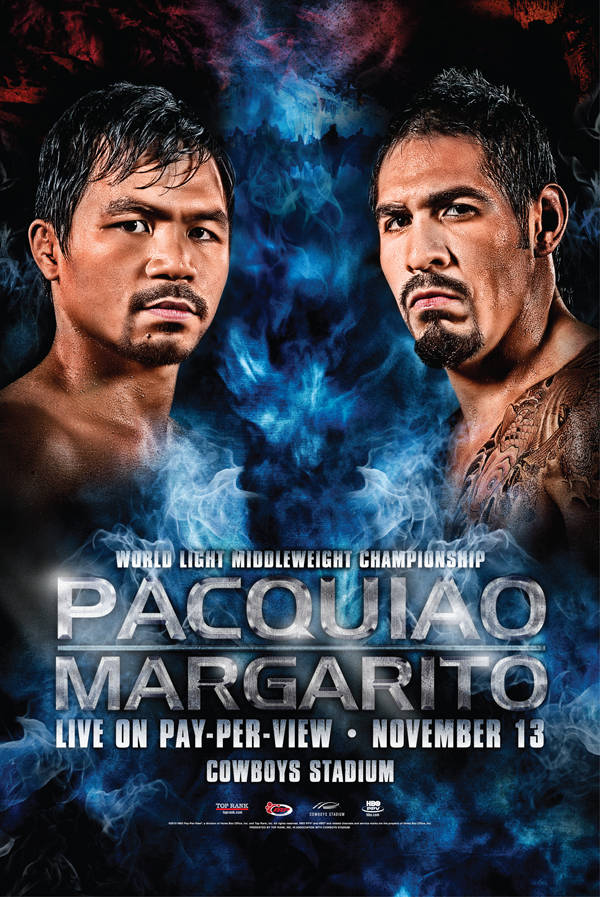 The Manny Pacquiao vs Antonio Margarito bout reportedly shows off these statistics: a combined record of 89-9-2 (65 KOs)– a winning percentage of 89 percent and a victory by KO percentage of 73 percent.

So who’s your bet?

Tickets to the Pacquiao vs Margarito fight are almost sold out but since we’re hundreds of miles away, all we can rely on are cable TV and the Internet. In Bukidnon, Parasat Cable TV and Valencia Cable TV have started offering special Pacquiao versus Margarito cable feeds for about P800.00 (residential only).

For those who don’t have the money to watch this exciting boxing bout, however, you can ask your local government officials if they have plans of sponsoring live feeds at the plaza or community covered courts. I do know that the Malaybalay and Valencia City governments sponsored live coverages of Pacquiao fights in the past.

Who does not want to watch the Manny Pacquiao – Antonio Margarito fight for FREE, right?

So don’t forget to log on to BukidnonOnline.com and share this info with everyone! Let’s have our own online Pacquiao cheering squad! See you all online!