UPDATED: What was the real score behind Atty. Adel Tamano’s Malaybalay City sked?

MALAYBALAY CITY | CONTROVERSIAL | PERSONALITIES | COMMENTARY | MUSINGS | PERSONAL – Malaybalay City had an important guest last Friday, December 4, 2009. It was Atty. Adel Tamano, the son of the late Senator Mamintal “Mike” Tamano and civic leader Hadja Putri Zorayda Abbas of Lanao del Sur and Jolo. He’s only 39 years old but he holds the rare distinction of being the first ever Filipino Muslim scholar-graduate of Harvard Law School. He’s also the first ever Filipino Muslim commencement speaker at Harvard University and yes, he also served as the President of a large university in Manila — the Pamantasan ng Lungsod ng Maynila (PLM).

Because of his youth and qualifications, Atty. Adel Tamano was chosen as a senatorial candidate both under the Arroyo administration and the United Opposition in 2007. He declined both offers and instead he became the spokesperson of the United Opposition. In other words, he became the face of the said party and observers believed that because of his youth, looks and qualifications, he helped provide credibility to the party’s candidates.

Now, it’s Atty. Adel Tamano’s turn. He has finally accepted the challenge and is now among the senatorial candidates under Sen. Manny Villar’s Nacionalista Party.

But enough about Atty. Adel.

This post, after all, is about the real score behind his — might I daresay — controversial and interesting Malaybalay City schedule. Controversial because a supposedly “pre-arranged” speaking engagement at a large university here in Bukidnon was canceled at the eleventh hour. Interesting, too, because according to Atty. Adel Tamano himself, he felt he was “snubbed” by a top government official here in Malaybalay City. 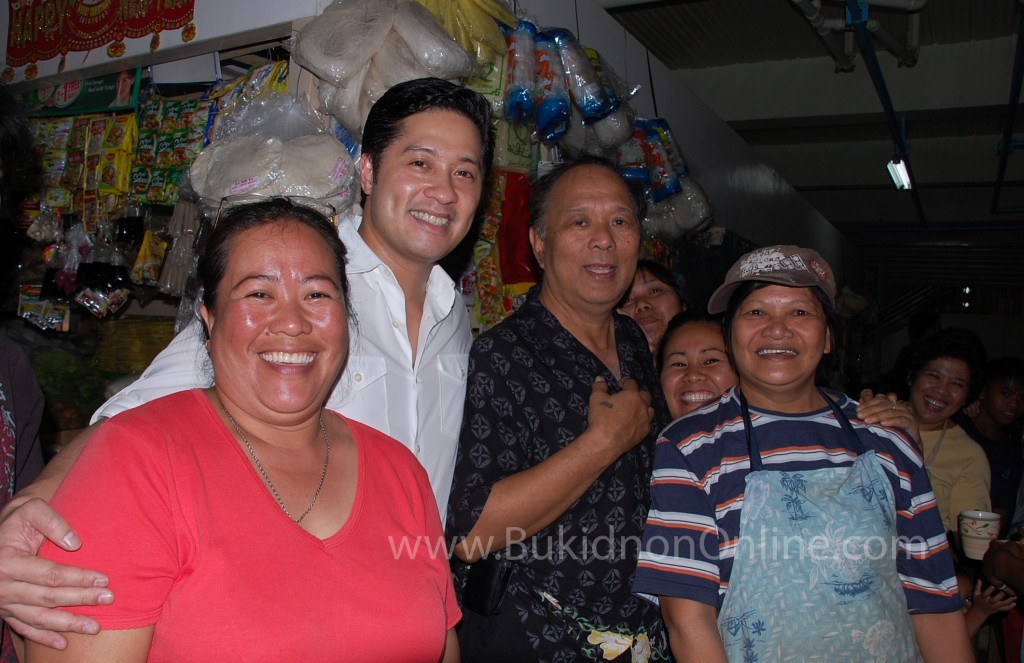 Roughly two weeks ago, I learned from Atty. Adel’s camp that he was coming over to speak about good governance in a large university here in Bukidnon. I was happy and excited to see him again, especially since I’ve always had pleasant encounters with him (the latest of which was when I arranged for him to be one of our valued guest speakers during the 3rd Mindanao Bloggers Summit). So I contacted Atty. Adel directly and told him that I’d be more than happy to cover his visit. Then, on a Monday, roughly 4 days before his arrival, I got a hold of Nacionalista Party mayoralty bet Provo “Jun” Antipasado. I asked about the itinerary and at the same time, I also arranged for some media-related activities. I was totally hands-off on the main itinerary which composed of a visit to the Muslim community in Malaybalay City, lunch with local Nacionalista Party candidates and speaking engagement at the large Bukidnon university. What I arranged for was Atty. Adel Tamano’s possible interaction with local media practitioners, perhaps a radio interview and of course, his very special participation in the 2nd Anniversary of BukidnonOnline.com

Thinking that everything else was in place, I didn’t ask for updates from the local organizers anymore until the very day that Atty. Adel Tamano and his entourage were supposed to arrive. I merely just sent messages to Atty. Adel and told him how proud and happy I was that he agreed to grace the Bukidnon Online 2nd anniversary celebration.

December 4, 2009 — At around 10:30 am, I went to a local restaurant to meet Sir Jun Antipasado and the other Malaybalay City Nacionalista Party candidates. A few minutes later, there were talks that the large Bukidnon university didn’t have classes and of course, that meant that there were no students who could attend the supposedly “pre-arranged” 1-3pm talk of Atty. Tamano. Someone was immediately sent to the large university to follow things up. I, on the other hand, could sense the tension. At that point, Atty. Adel’s camp told me that they were about half an hour away from Malaybalay City!

Finally, at around 11 am, it was clear that the supposed “pre-arranged” and pre-planned speaking engagement was CANCELLED. No students and get this — the teacher, who was supposed to be the contact person of all this, WAS NOT EVEN IN TOWN! The teacher, I later found out through the department chairperson, left for Visayas and didn’t even bother to inform the immediate supervisor.

I also learned that the classes were cancelled Thursday afternoon because the university had to “prepare” for “evaluations” that were supposed to be done on Monday. “Preparations” included general cleaning of classrooms, collation of documents and everything else.

So you could just imagine how difficult it was to break the news to Atty. Adel and his entourage that the very important event that he was supposed to attend — the very reason as to why he had to visit Bukidnon and touch base with students — was no longer a go. Got cancelled. Kaput. No students. No teacher. No written communication to the supervisors/university chiefs.

In other words, he arrived in Bukidnon for almost nothing.

You see, he came to Malaybalay City for that very main purpose — to speak, to meet the students, to talk about good governance. Instead, what was left of his itinerary was the visit to the Muslim community and his pledge to grace the Bukidnon Online 2nd Anniversary celebration.

CAN YOU NOW PICTURE HOW DIFFICULT IT WAS TO BREAK THE NEWS TO HIM AND TO HIS ENTOURAGE?

Truth be told, I felt embarrassed, disappointed, angry, frustrated and confused all at the same time.

And then you hear Atty. Adel say that his belief was that “napulitika” sila.

If you were in my shoes and you heard him say that — WHAT WILL YOUR ANSWER BE?

I saw how CRESTFALLEN he was.

When he arrived, he was grinning from ear to ear. He was in a very jovial mood. He was excited. And then the news. Just imagine how disappointed he was. I bet he was hurt, too.

And so now I would like to ask these questions:

– who should be made responsible for this fiasco?

– isn’t an apology in order? Remember, Atty. Adel and his entourage came all the way for nothing!

– who should explain the entire thing to him and his entourage? Who should explain and let him understand that “no, hindi sila napulitika…instead, this was the real score…this was what happened…”?

I still have so many questions — some on efficiency, respect and professionalism — but the aforementioned ones will do for now. I’m still baffled as to why this had to happen to a GUEST.

Can’t wait to get some answers.

Now if you’re curious as to why and how Atty. Adel got to say that he was “snubbed” by a top city government official, then proceed to part 2.

You can also read this to find out why my level of respect for Atty. Adel Tamano has increased tenfold.

11 thoughts on “UPDATED: What was the real score behind Atty. Adel Tamano’s Malaybalay City sked?”