Legarda was the guest speaker during the street dancing competition. Roughly 100,000 people gathered at the Capitol Grounds to witness the competition. There were 8 contingents from various Bukidnon cities and municipalities. 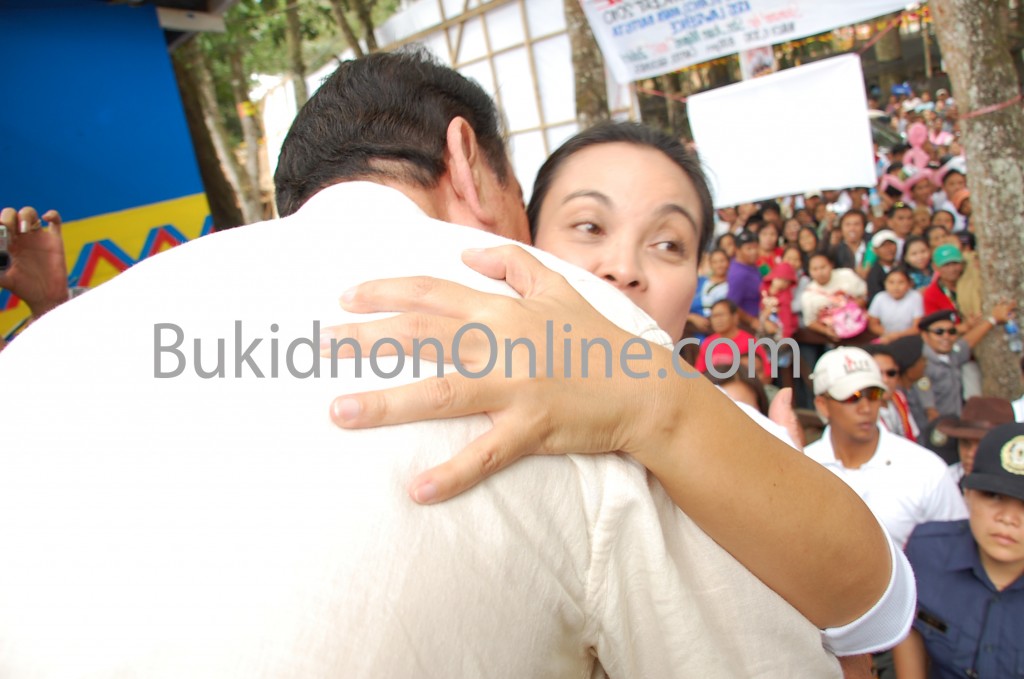 In their speeches delivered in a mix of Visayan and Tagalog, both Zubiris cited Legarda’s programs that reportedly helped the province of Bukidnon. Senator Zubiri also called Legarda his “close friend in the Senate” while Governor Zubiri lauded Legarda’s bills including the expanded senior citizens’ act.

Both Zubiris also requested the people to vote for Legarda.

Well-placed sources tell BukidnonOnline.com that the mere fact that Legarda got to be the guest speaker during the street dancing competition, a regular crowd drawer during the yearly Kaamulan Festival, is already an indication that the Zubiri may not support the entire LAKAS ticket and may even shift allegiance to the NP.

A well-placed source, who requested anonymity, told BukidnonOnline.com that Governor Zubiri has called for a meeting recently and has floated the idea of backing Villar’s presidential bid.