Welcome to this page about the amazing Bukidnon Kaamulan Festival! There is nothing quite like it in the world. It is not carnaval in the style of Rio de Janeiro or Venice. It is a historic gathering of tribes. It is colourful and emotional, a vivid celebration of tribal life. If you are in the Philippines at this time, it is definitely not to be missed! Instead of your regular entertainment of poker.de, cards or a nightclub, come and experience something that is truly unique. It is fun for the entire family! Don’t forget to bring your camera to capture the spectacular parade. You will never forget the experience.

KAAMULAN 2011 | BUKIDNON FESTIVAL – Just like last year, the Kaamulan Festival 2011 in the Province of Bukidnon will start on February 18, 2011 and will end on March 10, 2011, the very same day Bukidnon celebrates its foundation day. If you check the Kaamulan 2010 schedule and you compare it with this year’s sked, you will see that there really are no “big” changes. 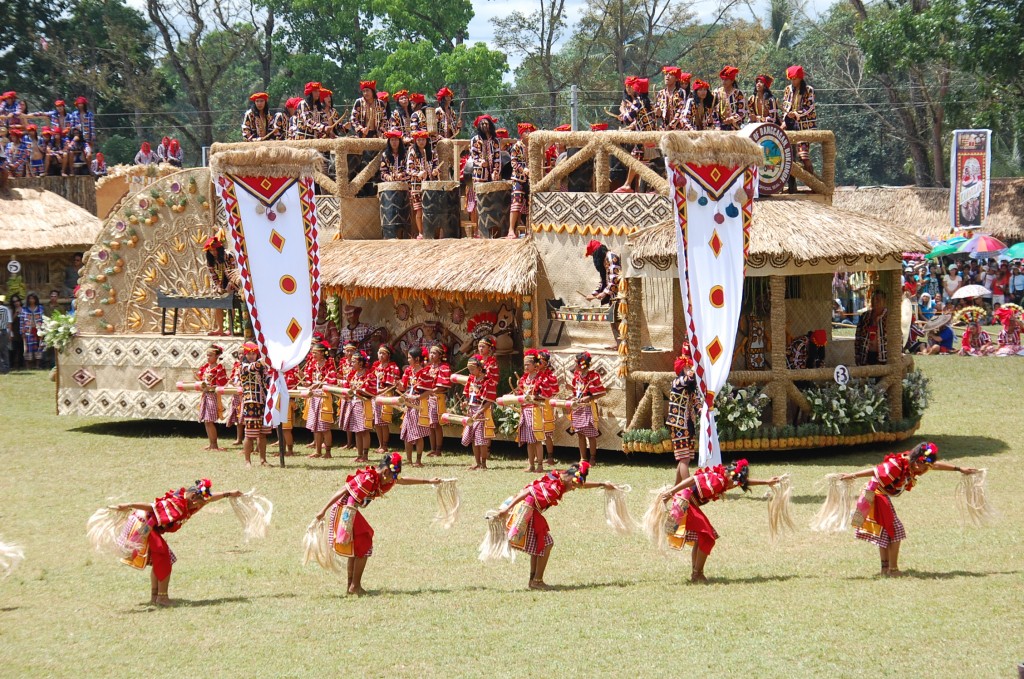 Among the highlights of the Kaamulan Festival 2011 are:

February 18, 2011 – soft opening of Kaamulan Festival 2011, Malaybalay City, Bukidnon. A “pamuhat” or Pamukalag ha pamuhat ta Kaamulan will be held at the Capitol Grounds at 8 am.

February 22, 2011 – The Bukidnon Seven Ethnic Groups Convention will start at 8 am at the Kaamulan Open Theater

February 25, 2011 – Grand Opening of Bukidnon Kaamulan Festival 2011. An opening ritual, motorcade and school band parade will take place starting at 6 am. At around 8 am, the formal opening of the Kaamulan garden show, food fest, agri-fair, bazaar, livestock show will take place. A school band competition will also be held that day. Meanwhile, the Off-Road registration will begin at Mangima, Manolo Fortich.

February 26, 2011 – No more Kaamulan basketball tournament. The Kaamulan Off-Road Challenge will also take place at Mangima, Manolo Fortich, Bukidnon. The 1st Kaamulan Moto-Trail will begin at 8 am at the Kaamulan Grounds.

February 28, 2011 – The Provincial Indigenous People’s Thanksgiving Day will be held at 8 am at the Kaamulan Open Theater.

March 2, 2011 – Tribal Olympics at Capitol Grounds. A Night of Bukidnon Music, 6 PM at the Capitol Stage.

March 3, 2011 – Opening of the Kaamulan Rodeo (Grandstand, Malaybalay City). Coronation of Binibining Bukidnon 2011 in the evening

For the complete Kaamulan Festival 2011 schedule of activities, you may want to visit Explore Bukidnon.

PLEASE, if you intend to use the Kaamulan Festival 2011 schedule of activities, please HAVE THE COURTESY TO ACKNOWLEDGE EXPLORE BUKIDNON and please cite her blog address — http://explorebukidnon.wordpress.com A working, live link to her blog will be most appreciated! Salamat po.

Thank you to Explore Bukidnon for sharing this schedule. And to all tourists who will come and participate in the Kaamulan Festival 2011 activities, have fun y’all! 🙂