Bukidnon senator Zubiri: the state of Philippine sports may have gone to the dogs

Senator Juan Miguel “Migz” Zubiri today expressed disbelief that despite the Filipino football players’ spectacular performance at the Asian Football Federation Zuzuki Cup the country would not be able to host the much-anticipated semis match against Indonesia on December 16 and 19 since it failed to get the nod of the AFF due to lack of facilities for international matches.

“I just could not believe, a country like ours had no accredited facility to host an international football game. Unbelievable! It seems that we are so predisposed to the fact that our football teams cannot win and therefore we need not prepare our stadiums for championships. That’s a shame, as our smaller neighbors like Cambodia and Laos have accredited facilities and we do not have any,” Zubiri said.

The Bukidnon solon and sports aficionado stood on the Senate floor on Monday and delivered sharp remarks against sports officials in charge of football who are “disunited.” 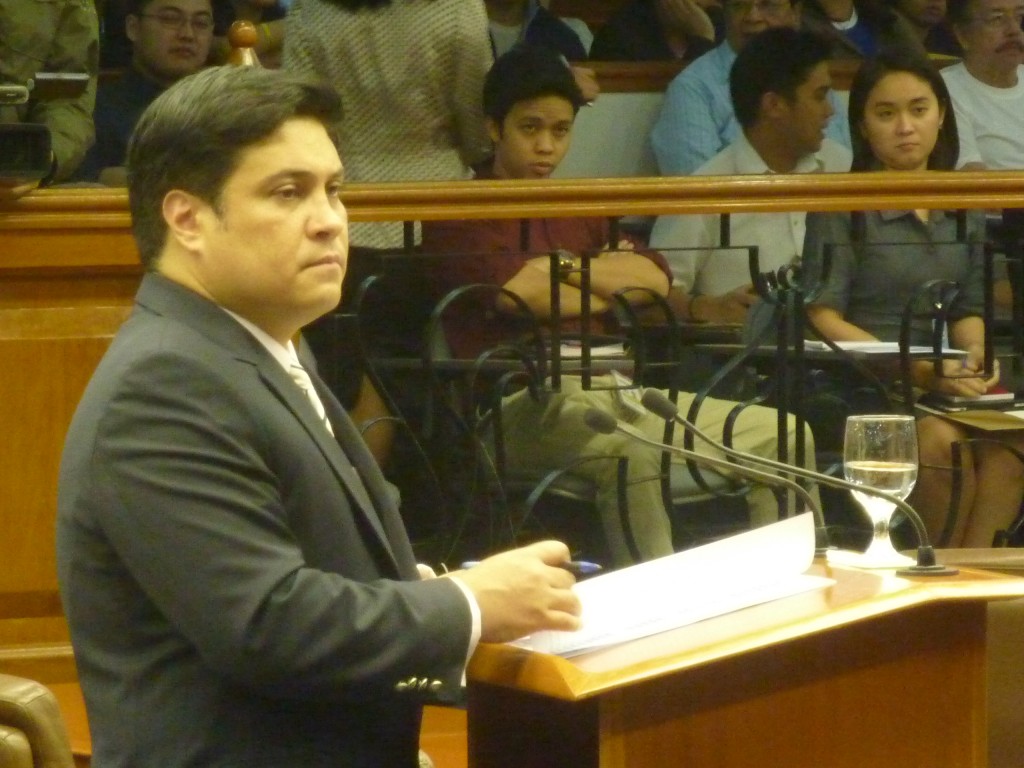 “On top of the physical inadequacies of our stadium, there is disunity in the ranks of sports officials in charge of football. They have to get their acts together. Clean house, as the Federacion Internationale de Football Association or FIFA, said. Pay your coaches in time and pay them well, the athletes say this too,” he explained.

Zubiri also hinted that a possible congressional inquiry may be scheduled soon to look into the politics and possible corruption in the Philippine Football Federation and other sports agencies.

“Because of the lack of passion and possible corruption in the PFF and other sports agencies, and wrong policies and politics in our sports program, we are not going to be able to host the Philippine leg of the Asian Football Federation Suzuki Cup – depriving Filipino fans their opportunity to cheer our teams,” he said.

Zubiri also slammed at Philippine Sports Commission’s “lack of foresight” and called on President Noynoy Aquino to learn from the history of great leaders like Nelson Mandela who used sports to unite the African people and “infuse energy to our low-batt sports program.”

“Once again, we are leaving our Azkals team to fend for themselves, that is the big, big disappointment of our football players and millions of Filipino fans. Most important is that, it has come to represent the lack of foresight of the PSC. I am not blaming the officials of this new PSC administration but the lack of foresight on policies of the past administrations is the problem, which we do not want to be carried over in the present administration,” Zubiri said.

2 thoughts on “Bukidnon senator Zubiri: the state of Philippine sports may have gone to the dogs”