MALAYBALAY CITY, BUKIDNON – Opposition senator Francis “Chiz” Escudero has called for the junking of the oil deregulation law, saying that it is being used by the oil companies as a “weapon to keep the public hostage” and as a “shield to protect its interests.” 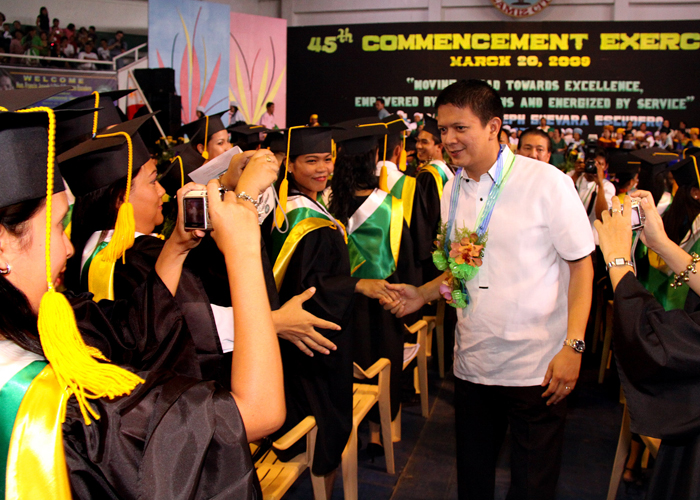 “Their open defiance of the order to audit their books shows how inutile the government has become,” the opposition senator said.

“The current turmoil in the global economy has seen governments taking on a more activist, regulatory role. We can do no less,” Escudero said.

The senator’s statements come in the wake of a local politician’s own view about the alleged “unjust” oil price hikes.

Bukidnon Second District Board Member Atty. Nemesio Beltran, Jr. even called the oil price increases as “heinous” and has filed a resolution asking Congress to classify the hikes as “crime against humanity.”

“It is now time to let the ax fall no matter where it will fall,” the Beltran-authored resolution stated, adding that it is high time that stricter measures be implemented for the welfare of the public.

Beltran criticized the big oil companies, saying that they have enjoyed tremendous fortune but at the expense of the consumers who have long endured the price increases since last year.

Both Beltran and Escudero also called for the review of the oil companies’ books to check whether or not there really are irregularities in the setting of oil prices. (BUKIDNON NEWS)