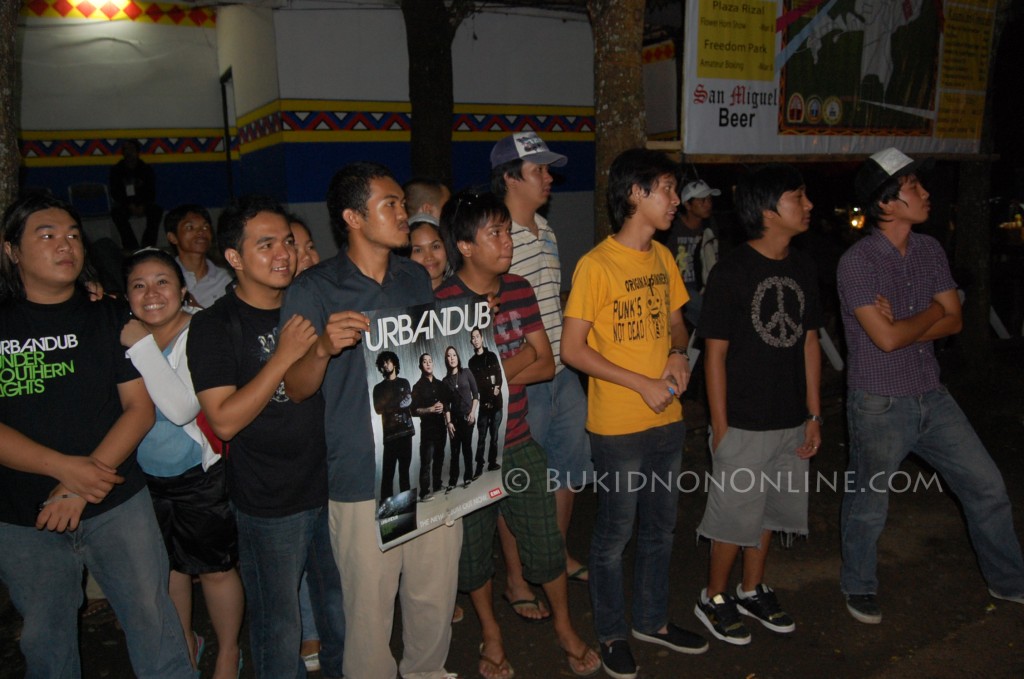 MALAYBALAY CITY, BUKIDNON – If there’s one thing that event organizers like about their profession is the fact that they can provide a link of sorts for true blue, certified fans to their idols or favorite personalities. Nothing beats seeing the excited, happy smiles on the faces of real fans as they anticipate the arrival of their favorite bands or idols.

Take the case of Fuzzmena, a Malaybalay City-based band. This Bukidnon band has always been known as a band that plays Urbandub songs. Each of the members know every single Urbandub song by heart and a lot of local music aficionados often refer to them as the “local version of Urbandub.”

So you could just imagine how excited the boys were when they learned that not only was Urbandub headlining the San Miguel Beer (SMB) night last March 9, 2009 during the Kaamulan Festival 2009 Celebration, but also the fact that event organizer / public relations company / outsourcing and advertising agency ASTERISK Events and Communications wanted to tap them as one of the front act performers for the Cebuano award-winning band!

Yes, you can safely say that the band members were all giddy and ecstatic — so giddy that they managed to bring an Urbandub poster, CDs and wear an Urbandub “Under the Southern Lights” t-shirt (Jeff Escoto, the band vocalist wore it with extreme pride 🙂 ) when they welcomed the band backstage.

Definitely — nothing beats seeing happy fans meeting their idols! We can only hope that after that fateful night, Fuzzmena continues to be inspired and that they continue to be moved by the power of music and the arts.

Check out the photos we took before and during the arrival of Urbandub last March 9, 2009. These were taken at the backstage area. ASTERISK Events and Communications would like to thank San Miguel Beer especially their new supervisor, Sir Cholo, for the opportunity for talented bands like Fuzzmena to perform and meet their faves. ASTERISK Events and Communications would also like to thank Fuzzmena for their clearly inspired performance that night 🙂