MALAYBALAY CITY, BUKIDNON – “Bukidnon’s Kaamulan Festival is the only authentic ethnic festival in the country.” This was the bold statement made by Department of Tourism (DOT) Secretary Ace Durano today, March 7, 2009 in his speech during the Kaamulan Festival 2009 Ethnic Street Dancing Competition. 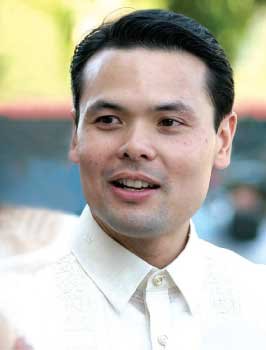 Durano, who was in attendance as guest of honor, said in vernacular that the Kaamulan Festival is the only authentic ethnic festival left in the Philippines.

The first time Bukidnon visitor also said that he was impressed with the festival.

He said that he intends to showcase Bukidnon’s Kaamulan Festival not only at the national level but overseas as well.

In the course of Durano’s speech and just when the Tourism secretary promised to increase the financial assistance extended by his office to the Provincial Government of Bukidnon from P100,000 to P500,000, Bukidnon Governor Jose Zubiri, Jr. jibed in and jested that the amount was still small.

To this, Durano answered that he has changed his mind and seeing that the Kaamulan Festival holds so much promise, he said that his office will instead pitch in P1 Million for next year’s Kaamulan Festival celebration.

Zubiri then thanked Durano and called him “Senator Durano.”

Senator Juan Miguel Zubiri, who was also in attendance along with wife Audrey, also announced that his office, along with the DOT, will sponsor the winning contingent in this year’s Kaamulan Street Dancing competition and will be sent to Cebu City and Iloilo in order to represent Bukidnon and showcase the Kaamulan dance in the Sinulog and Dinagyang Festivals. (MISA/Bukidnon Online News / Kaamulan Festival 2009 updates)