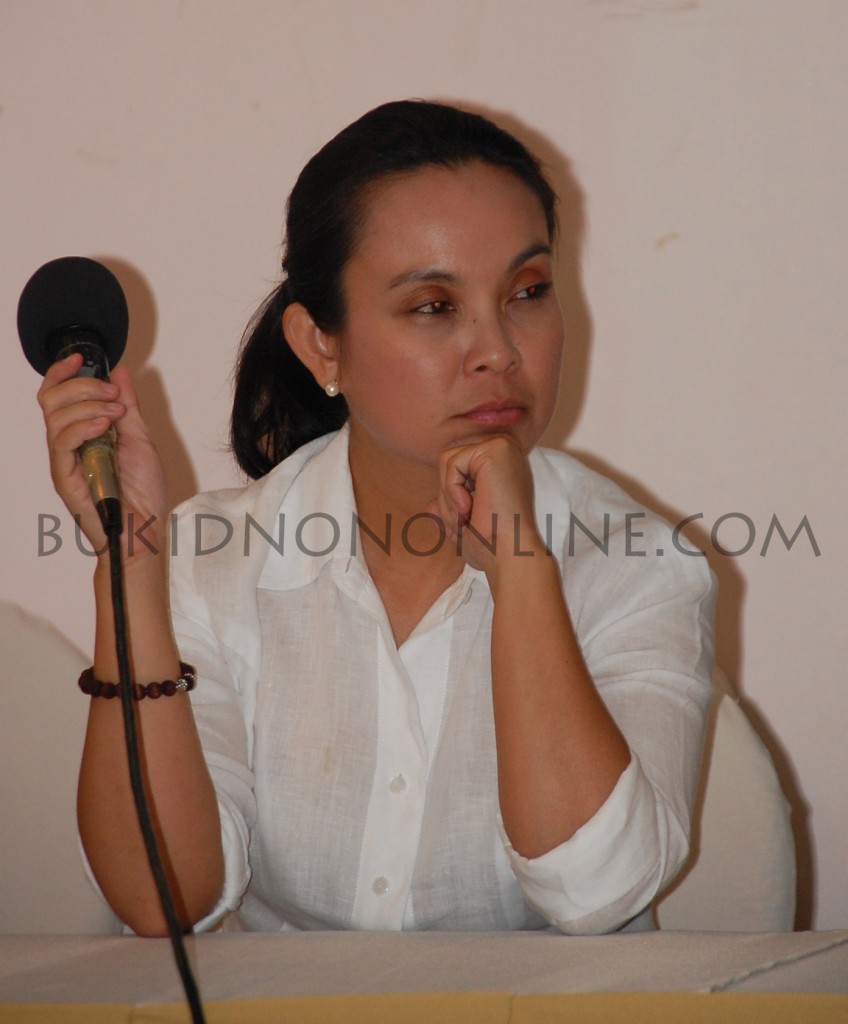 MALAYBALAY CITY, BUKIDNON – Senator Loren Legarda refused to directly confirm if she indeed has plans to run for President in the 2010 Philippine elections. She merely said, however, that she’s “ready to plan.”

In a recent press conference here in Bukidnon, Legarda said that she’s “ready to announce” her plans at the right time.

Legarda was in Malaybalay City, Bukidnon Tuesday. She was the guest of honor during the 92nd Foundation Day Celebration of the Province of Bukidnon.

“I am ready to govern. I know exactly what ails our country. I’m young enough to dream, old enough to know and strong enough to do. However, there’s a right time and a right place for me to share my plans with my fellow countrymen,” she said.

She also vouched to “not steal any centavo” if and when she is given the chance to serve as the country’s next President.

She claimed that the election for the Senate Presidency is a numbers game and that Villar’s ouster was because there was “loss of confidence” and that more senators voted for current Senate President Juan Ponce Enrile. (Maria Irene S.A./Bukidnon News)