Only 2 out of 3 Bukidnon congressmen were able to sign the impeachment complaint filed against Supreme Court Chief Justice Renato Corona Monday.

Bukidnon Online contacted Paras and this is what he had to say (verbatim): “After a caucus of the majority coalition where I belong, it was agreed upon to sign the impeachment complaint. So it is a majority decision and no voting was needed as more than 1/3 of the House signed and accordingly it will be transmitted to the Senate. It will be the Senate who will hear the case.”

Paras also told Bukidnon Online that Zubiri signed the complaint. A photo showing Zubiri’s name and signature can be found below.

Meanwhile, Bukidnon Second District Rep. Florencio Flores, Jr. told Bukidnon Online that he was not able to sign the impeachment complaint because he was, simply, not in the House of Representatives that day.

“I was not able to vote because I am here in Dumaguete and my return flight is today,” Flores told Bukidnon Online Tuesday or a day after the voting at the House.

Meanwhile, the 57-page impeachment complaint was signed by 188 legislators or more than one third of the 285 members of the House of Representatives.

Corona’s impeachment was sought because of the following reasons: betrayal of public trust, culpable violation of the Constitution and graft and corruption, citing specifically in the eight articles of impeachment his “undue closeness” to Arroyo.

Currently, Arroyo is under hospital arrest at the Veterans Memorial Medical Center in Quezon City for electoral sabotage. 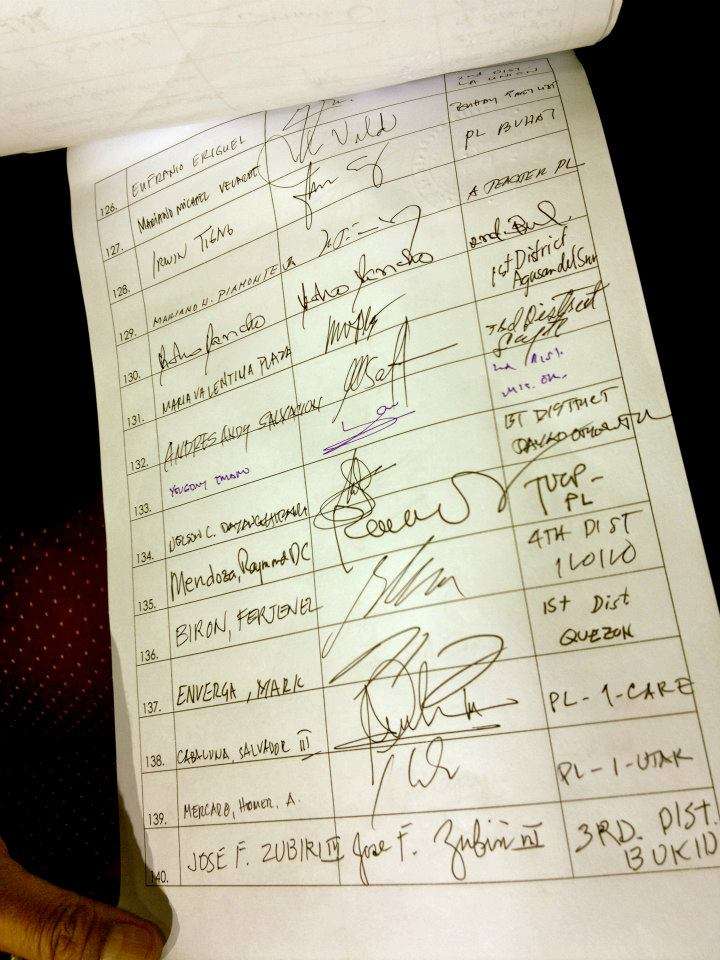